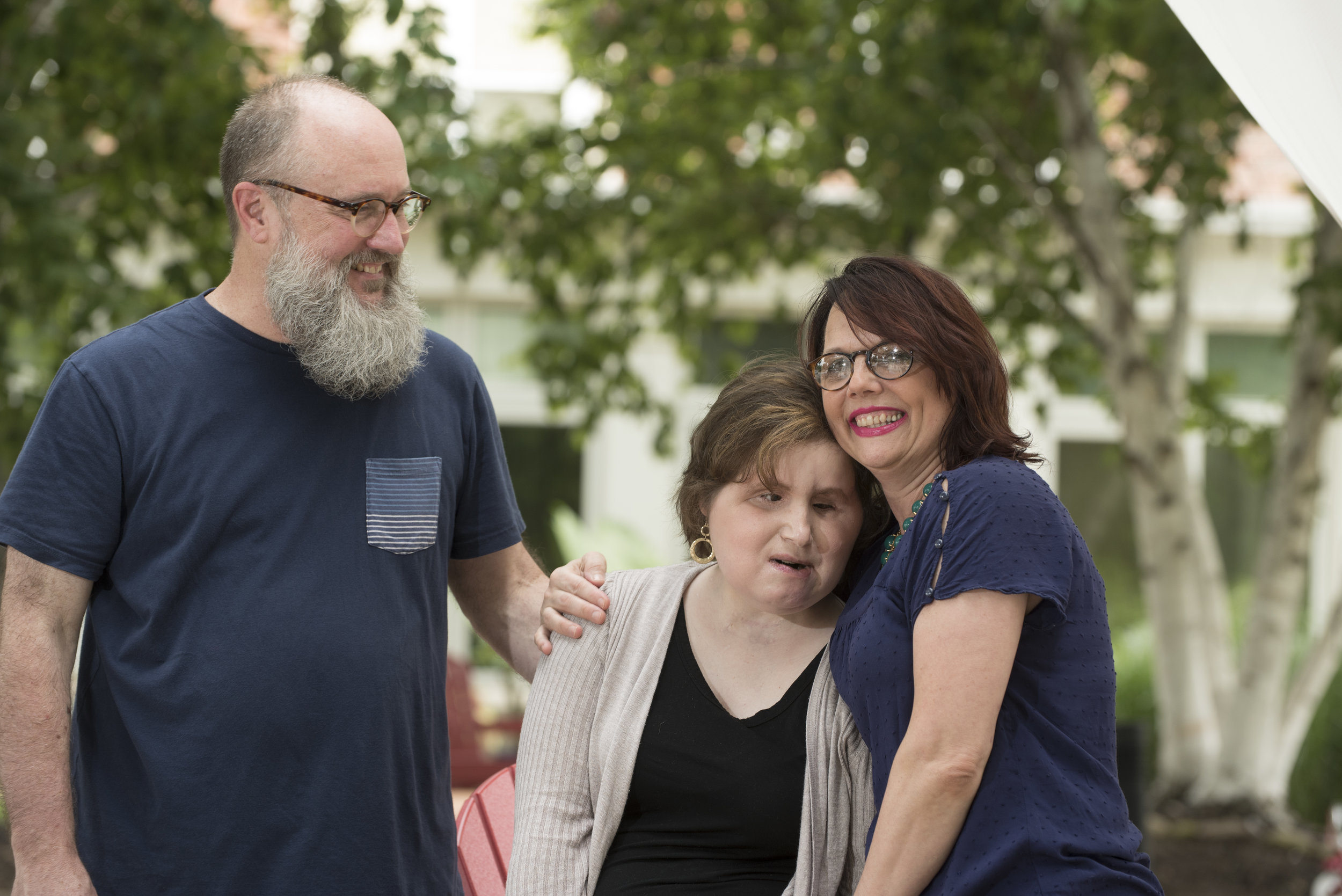 Posted at 19:46h in Stories by Jeanine Carroll

When Katie Stubblefield arrived in Cleveland in 2014, her survival was anything but certain. Just 18 years old and with a bright future ahead, Katie had suffered a gunshot wound that left most of her face destroyed but miraculously missed her brain. Trauma doctors in Memphis said the injuries were the worst they had seen and the only way to help Katie was something her family had never heard of: a face transplant. First, Katie needed to live and her best chance was in Cleveland.

In an instant, Robb and Alesia Stubblefield found themselves doing what any parent would, but few can even imagine. “Alesia and I simply gave up everything to do what we could to aid Katie on this arduous, yet necessary path. From Oxford to Memphis to Cleveland we went” says Robb, and on August 17, 2014 they checked into the Ronald McDonald House of Cleveland, their home ever since.

Over the next two and a half years Katie endured 22 surgeries and worked through countless therapies to regain strength, mobility and speech. Her parents were constantly by her side, kept strong by their faith and the community they found in staff, volunteers and families at the Ronald McDonald House. During outpatient periods, Katie came “home” to the House and Robb and Alesia tended to her round-the-clock. Katie’s sunny personality shined through her injured exterior and she was buoyed by the lasting friendships she formed with other guests.

After three years of hard work and hope, the moment finally arrived. On May 4, 2017, Katie underwent a 31-hour operation to receive her new face. Three months later, she came home with her parents to the Ronald McDonald House, their journey far from over. The next year brought three more major surgeries to improve Katie’s function, along with over 20 rehab sessions and appointments per week. Managing her daily medications was a job in itself and Alesia performed it vigilantly. Gradually, the nerves and muscles in Katie’s new face began responding, improving her ability to eat, speak and become more self-sufficient. Her family and medical team are thrilled with her progress. Katie poignantly says “I feel whole again.”

Despite more surgeries and hard work ahead, Katie, Robb and Alesia are thriving and once again face a bright future. The study of Katie’s face will aid in the development of improved treatments for injured soldiers.

She plans to attend college, looking forward to a career helping others. The family has already begun sharing their story to inspire others and to thank all who have given Katie, as she says, “a second chance at life.”

Please give today to help us support all Ronald McDonald House families on their journeys of healing.

As Robb says, “Thank you in advance for your generosity. Because of people like you, the Ronald McDonald House fulfills its call and is able to help us, we’re able to help our daughter… and we’re just one of many, many families.”