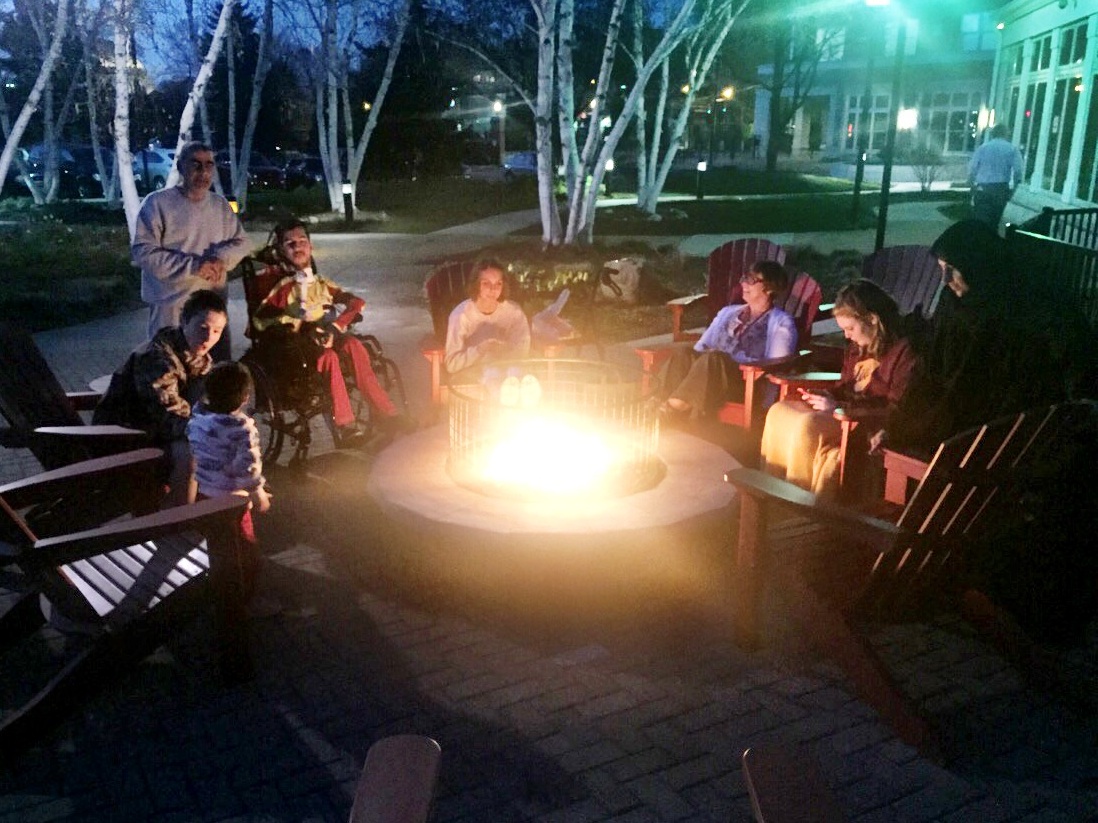 Posted at 17:06h in Stories by Colleen Cronin

As we look back on our 40-year history, there are moments that define us and those that reaffirm the mission and vision of our founders. When speaking of the wonder of the Ronald McDonald House, founder Nancy Kirchner recently said:

“There’s no politics, there’s no religion. There’s nothing to separate you—only to bring you together as parents and as families. That’s the common bond.”

On September 10, 2001 Nancy Kirchner’s words rang true. The Ronald McDonald House of Cleveland, then a 37-family House, was at capacity—brimming full of parents, children and extended family, almost half of whom were from other countries. The House felt busy and alive as families, many with lengthy stays, found comfort and support in each other, cooking together in the kitchen or sitting in the garden sharing evening cups of tea as their children played. They spoke many tongues and translated for each other as best they could, proving even language was no barrier at the House. Staff and volunteers also facilitated comradery and emotional support by being there to lend an ear, serving a daily family meal, and providing activities and entertainment. One such activity was a series of workshops to help families express themselves through creative writing and journaling. The first two sessions had been very popular, and the third was scheduled for Thursday, September 13.

On the morning of September 11, 2001 the mood at the Ronald McDonald House abruptly changed, as it did for much of the world. The House became quiet and people clung to their families in clusters as they waited for information and tried to make sense of what had happened. Home seemed further away than ever, and the security felt just the evening before turned to uncertainty. As the hours passed into the next day and children still needed medical care, people went about their routines in the tense silence of shock. Staff, volunteers and families—none had ever experienced anything like this before. The silence needed to break so another kind of healing could begin. The staff and volunteers urged each family to attend Thursday’s scheduled workshop, if only to start a dialogue about the tragedy.

On September 13, 2001 the families of the Ronald McDonald House gathered and began a conversation that would be animated, lively and passionate. They discussed their sorrow and fear for the world. They talked about why they were all there, and how much their children meant to them. They spoke of how they were all parents, and that they were all afraid. They expressed that their commonalities were far more important than their differences and realized that together they had a message, and they wanted to share it with the world. They decided to collectively write and send out the following letter:

Dear President Bush, Mayor Giuliani, Mayor White, and Friends all over the World,

We are 37 families from many countries who are living together at the Ronald McDonald House of Cleveland. Our natural homes are in: Canada, Dominican Republic, Ecuador, Jordan, Kuwait, Peru, Saudi Arabia, Turkey, United Arab Emirates, United States of America and Yemen; however our temporary home is here in Cleveland. We are here because we all have children with critical illnesses and we are seeking the best medical care that we can find for them. Each of us came here feeling and understanding great pain. The terrible events of Tuesday in New York and Washington, D.C. have amplified our pain.

The tragedy affects not only this country but the entire world. It is very, very difficult to explain in words what is in our hearts; even in our mother tongues it is difficult, but we want to try.

The terrorist acts which took place on Tuesday are unacceptable to all of us and all of our many religions. There is no God that condones the taking of innocent lives. We believe that terrorists are using religion to exploit a political agenda, and we are all united in the war against terrorism.

Here at Ronald McDonald House we feel at home. We are living together and sharing many things: feelings, our stories, and sympathy. It is a place where we eat together and have tea in the gardens. It is a place where we are able to release the sadness that is in our hearts. Here we learn that anyone who enters the house becomes our brother, or sister or our child; it is part of the covenant of being together. Here we learn that our differences are what make the world beautiful; families are families and we all love our children. Our differences should breed tolerance, not hatred. We hope and pray that the tragedies of this week do not exaggerate our differences and cause the disintegration of what we have found to be so life-giving and beautiful among us.

It is a short message common to all religions: “Love each other.”

Peace to our neighbors around the world,

The Families of Ronald McDonald House of Cleveland