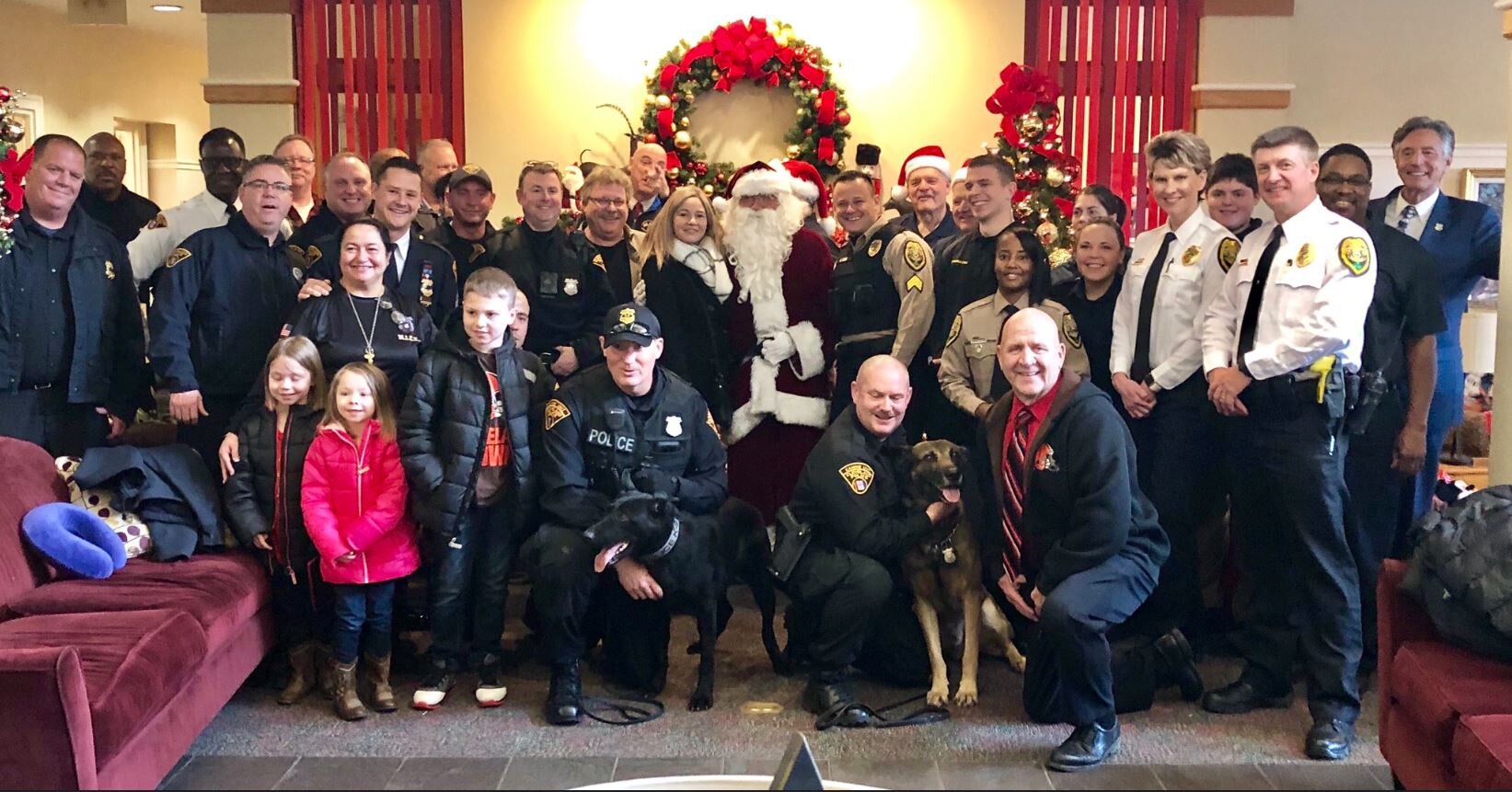 Posted at 20:00h in Stories by nenzerra@rmhcleveland.org

“His eyes–how they twinkled! His dimples, how merry! His cheeks were like roses, his nose like a cherry! His droll little mouth was drawn up like a bow, and the beard on his chin was as white as the snow.” Much like these words that describe Santa in the classic tale, Twas the Night Before Christmas, John Thomas, a former police officer in the Cleveland Police Department, also gets a twinkle in his eye when talking about Cops, Kids and Christmas.

37 years ago, after experiencing firsthand the difficulty and uncertainty parents face when their child is impacted by illness, John decided to create Cops, Kids & Christmas as a way to let families know that they were part of his police family. Along with the help of officers Jefferey Stanczyk and Richard Auner, John created the event that would bring the Christmas spirit to children and families staying at the Ronald McDonald House of Cleveland.

This holiday season, we invite you to hear a new holiday tale: one of hope, love, laughter and of a community made up of people from all over the world taking part in the joy of the holiday season. Below are John’s words on how Cops, Kids & Christmas came to be. 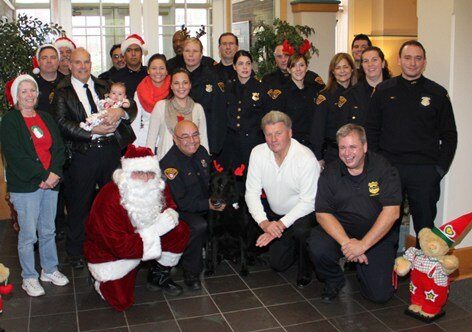 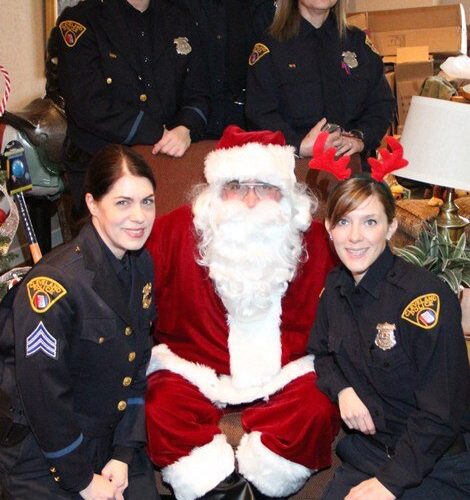 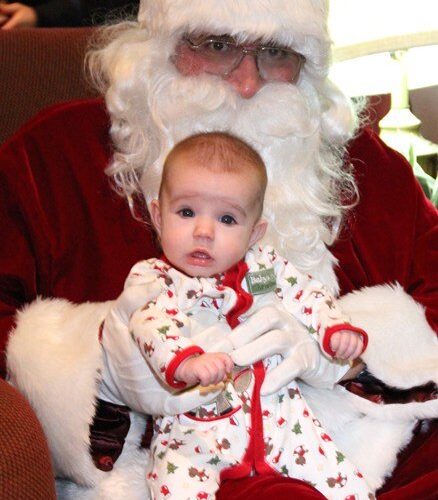 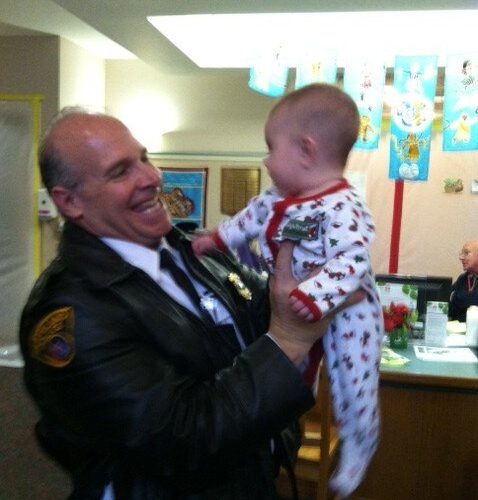 The History of Cops, Kids & Christmas

37 years ago, in the summer of 1982, my youngest son Jimmy was in the Cleveland Clinic. While he was being treated for his illness, I met families from all over the country and the world.

Imagine for a moment that you are the parent of a seriously ill child from Asia, Europe or Africa and your doctor says that, for your child to be cured of his/her illness, you must go to Cleveland, Ohio and get treatment. You agree and bring your sick child to Cleveland and stay at the Ronald McDonald House. You are in a foreign country, you don’t speak English, and you are afraid for your children. How stressful for everyone.

I was a young police office in the 2nd District. I felt that we had to do something for the families to let them know that they were part of our family and that their children were our children and that they belong to us and we belonged to them.

On November 10, 1982 my fellow officers and I were celebrating the U.S. Marie Corps birthday, due to the fact that my partners, officer Richard Auner and officer Ronald Guttu, and several other members of my platoon were and still are Marines. When we were at a tavern called Bobby’s Place, I told them about what I had seen and experienced at the Cleveland Clinic while getting treatment for Jimmy. We all agreed at that moment that we would have a Christmas party for families.

We collected $20 from every member of the 2nd District and bought gifts which our wives and girlfriends wrapped. Father John Cregan of Blessed Sacrament Church brought the Church Choir and we had a clown band and a small pipe band accompany us also. Mr. Joseph Novak of Novak’s Church supply donated gifts and small badges for the children that we visited. We decorated the Police Athletic League bus too. We had several party trays, and other food donated by the businesses in the 2nd District.

Santa and his elves’ first stop was at the Ronald McDonald House. It was a small home but we had fun and the families enjoyed the festivities. The next stop was the Cleveland Clinic Pediatric floor for more fun, and we had even more fun at the final stop at University Hospitals Rainbow Babies and Children’s Hospital.

The Cleveland Police Department liked the idea so much that in 1984 they expanded it and had the entire department involved. Under the Department Coordinator, Joe Sadie, it took off and every hospital in Cleveland as well as day care centers and families in need have received a visit from Santa every year since. My group, however, continued to visit the Ronald McDonald House of Cleveland each year.

When we visit the Ronald McDonald House we carry on the tradition of Cops, Kids and Christmas. This title was given to us by the late Dale Solly of Fox 8 News. He was part of our team and when he gave his report in 1983 on the 11 o’clock news he named it Cops, Kids & Christmas.

Today, Cops for Kids is part of the Cleveland Police Foundation and they have expanded to take care of children all year long.

As for my son Jimmy, he made a full recovery, grew up, enlisted in the U.S. Marine Corps, had two tours in Iraq, worked at Cleveland EMS for two years and is a Cleveland Police Department officer in the 4th District. He is the lion of our family with a very generous, kind and loving heart, and good looks too. (He takes after his Mom!)

The good Lord has blessed my wife, Paula, and I with six children who now have families of their own. We thank God every day for them and for the fact that Jimmy recovered. Jimmy was the inspiration for the program and we ask that you join us in bringing smiles to the faces of the very young and the young at heart. When new members join the Cops, Kids & Christmas team we love to take them to see families at the Ronald McDonald House. May God bless the Cops, Kids & Christmas program and the Cops for Kids program today and always.

We’re honored to have the Cleveland Police Department and Cops, Kids & Christmas visit the House each December to bring laughter, joy and a warm meal to our families. While John is now retired from the Police Department, he enjoys spending his time as Santa and gives presents to children who are wide-eyed in wonder while staying at the Ronald McDonald House of Cleveland.