Crocheting from the Heart

Home / Stories  / Crocheting from the Heart 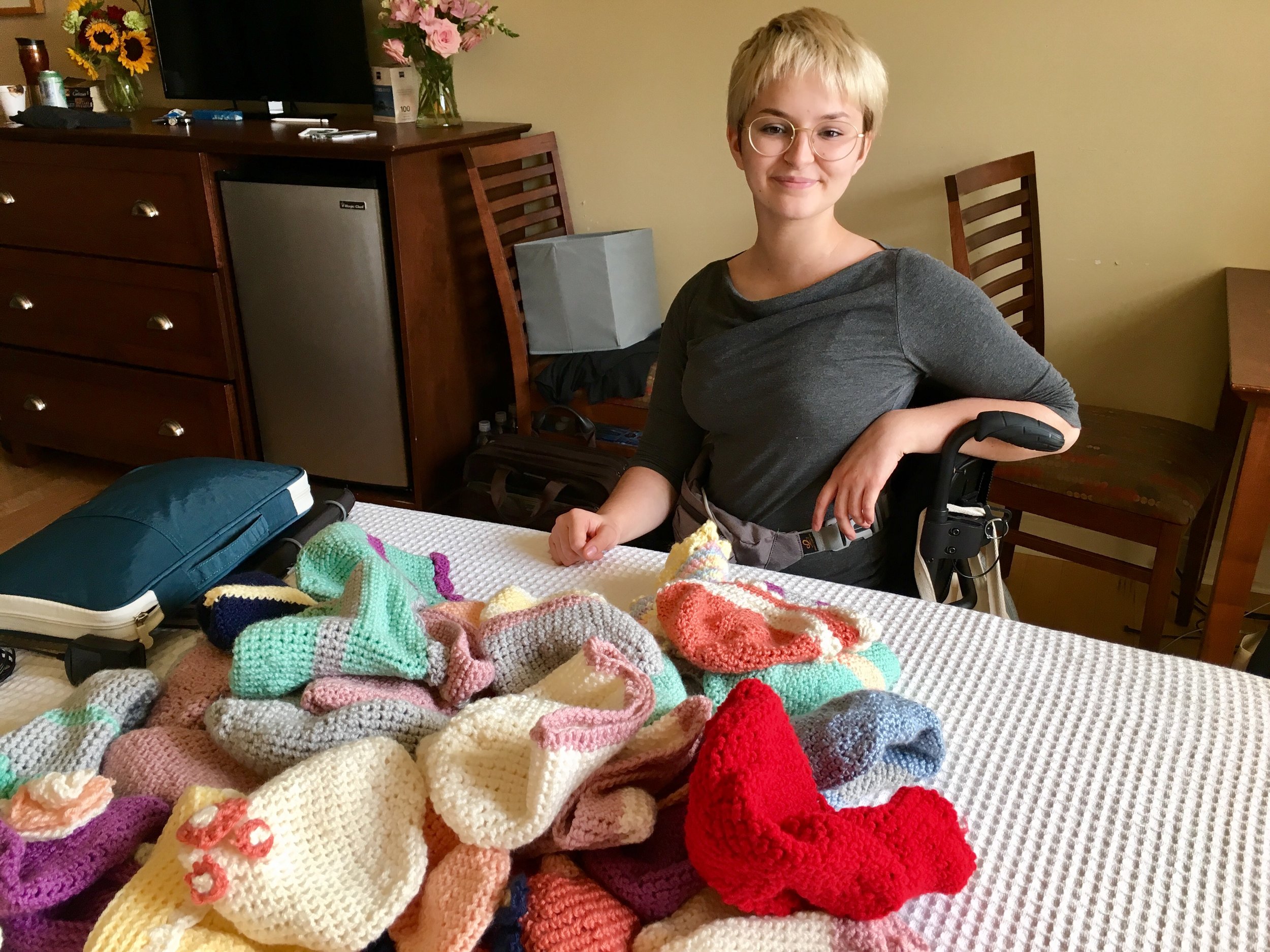 19 Sep Crocheting from the Heart

Posted at 15:39h in Stories by nenzerra@rmhcleveland.org

When times can get tough, people tend to show their true colors.

Anna Canady and her mother Jennifer came to the Ronald McDonald House of Cleveland from Lakeland, Florida after Anna contracted a virus two years ago. The virus attacked Anna’s nerves and caused unrelenting pain in both of her feet.  Anna was diagnosed with Chronic Regional Pain Syndrome (CRPS). With pain so intense it left Anna wheelchair bound, her family sought help from pain management doctors in Cleveland.

After initial appointments, Jennifer and her husband Charles had Anna admitted to a rigorous physical therapy program to help Anna stand again. So far from home, Anna and her parents realized they would need a long term place to stay. That’s when they turned to the Ronald McDonald House.

Since coming to the Ronald McDonald House, Anna and her family have found more than just a place to stay; they have found a sense of community. It’s blossomed into many new friendships between their family, staff, volunteers, and other families staying at the House.

Anna, who learned how to crochet hats from her grandmother, took part in a knitting class taught by an RMH volunteer in May. Anna used the volunteer’s yarn and hooks to start crocheting again. Although she hadn’t crocheted in a long time, the activity rekindled her interest. Since then crocheting has become a passion for Anna…and a way to help and think of others as she underwent her occupational therapy. When Anna and her family went back home for the summer, Anna perfected her art and crocheted more than 50 unique hats. When she returned in early August, Anna gave the hats to her friends at the House.

One of Anna’s friends at the House, Khaled, was adamant that she crotchet a bag for him to carry his toys. Not one to turn down a challenge, Anna made a bag and gave it to Khaled, who ecstatically belted “I am just like Mowgli!” (his favorite character from The Jungle Book). Being able to act altruistically and bring joy to others has helped provide Anna with a greater sense of purpose. It allows her to think outward rather than focus inward on the pain and difficulties she faces from CRPS.

The House has given the Canadys a place to call home while they’re in Cleveland. But by giving back during their stay, whether it’s through the kindness of Anna making something as simple as a hat for her friends or providing support to other families, they have shown the House that giving is good for everyone.