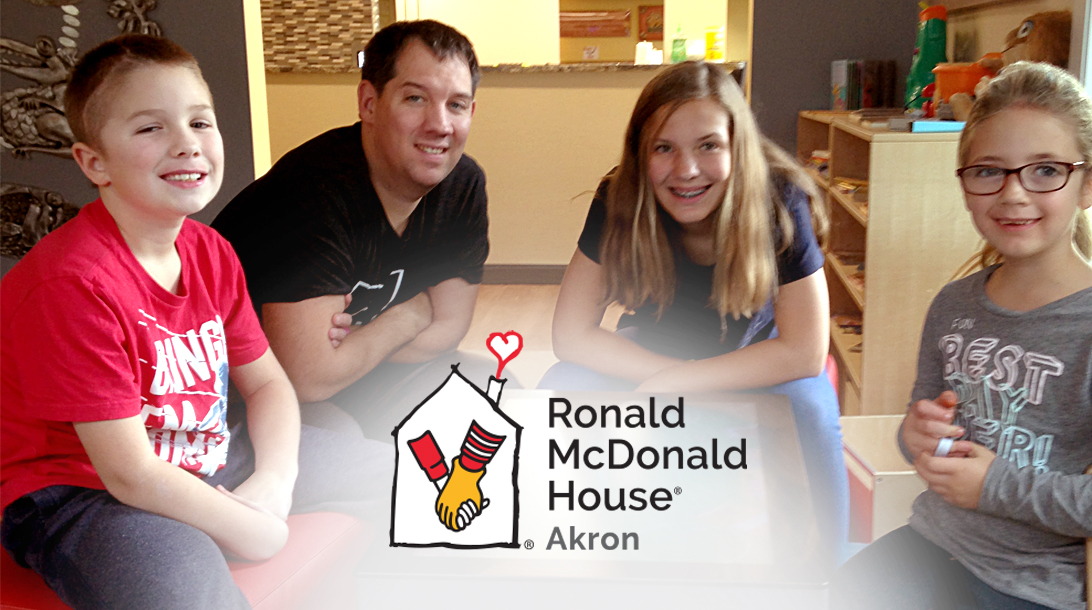 Posted at 21:37h in Stories by rmhakron

Last August, 9-year old Blake Stutzman came home from school with a headache. He told his mom Jill that the light bothered his eyes, too. He went to his sister’s soccer game that evening in a hat and sunglasses. When he still felt bad the next day, he stayed home with his dad Rod.

“Blake had been taking a really long nap,” recalls Jill. “Around seven that evening, I told my husband to wake him up. His fever was 103. He stood up, fell over and started having a seizure.”

Blake was rushed to the ER near their home in Holmes County. Although he had no history of seizures, he seized again and stopped talking. The doctor on call sent him immediately to Akron Children’s Hospital, where doctors told Jill and Rod their son had La Crosse encephalitis, a dangerous inflammation of the brain, caused by a single mosquito bite.

They would stay at Children’s for the next two months while Blake underwent brain surgery and rehab. The family spent the first three weeks in the hospital’s Reinberger Family Center while waiting for a room at the Ronald McDonald House Akron.

Jill finally checked into the House on September 5th while Rod continued sleeping in Blake’s hospital room. Their two daughters stayed on weekends, too. Without the House, the family would’ve had to commute over an hour each way or check into a hotel indefinitely. “My husband had taken off work and he was out of days,” said Jill. “I had some sick days, but he was not getting paid. It was already a financial burden. At the House, it was just one less thing to worry about. Not wondering where am I going to eat or sleep was really nice. We could solely focus on our son, not us.”

The House helped them save on food as well. “One of the best things was that we were able to make our own food. Blake couldn’t eat hard foods yet, so we would make him things to take over. Plus, I could make food or take leftovers from the House over to my husband at the hospital, so we didn’t have to keep paying for meals. I was able to grocery shop and save money, which was just one huge help out of many.”

Once Blake was in recovery, he got to join his family at the House. Still an active kid, he was able to run around on the playground and play computer games and Legos. “The kids got a Halloween night while we were there,” said Jill. “We painted pumpkins. I got a bag with some very thoughtful items, and it made such a difference. My littlest one took it the hardest, and those activities really helped. It is nice they include siblings in the activities. In fact, our youngest had a birthday the day we left, and she got a birthday bag from the house. That was so thoughtful, and she loved it.”

Today, Blake is back in school full time with an aide. He’s in cognitive therapy and able to play low-contact sports like basketball. He still has regular appointments with specialists and therapists at Akron Children’s Hospital. He remains on seizure medication and Jill took a medical leave of absence to drive him to and from school as well as to therapy and doctor’s appointments. Whenever the family’s in town, they stop by the House to visit the staff.

Since 1985, the Ronald McDonald House Akron has helped thousands of families stay close to their sick children during hospital stays and treatments.

For so many families like the Stutzmans, the House is the only housing option during a time of incredible challenge and stress. Donations fund 96% of the operating costs of the House, where the staff is supported by hundreds of volunteers, corporate and individual donors, and local restaurants.

In short, it takes a generous community to make this House run. Find out how you can help here.